Thoughts on Korean Drama – Queen of the Ring 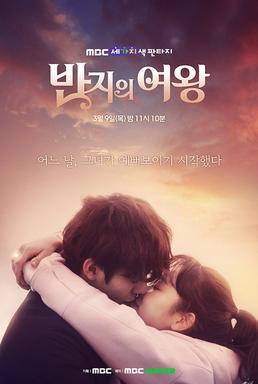 Promotional Poster for Queen of the Ring

This post must feel pretty random to you guys since this blog is a beauty and skincare blog and not a Korean Drama blog like Dramabeans. But I’ve just finished watching this drama and have some thoughts on it which I would like to share with you. Queen of the Ring is a 6-episode South Korean television drama starring Kim Seul-gi and Ahn Hyo-seop. The drama is one of the “Three Color Fantasy” drama trilogy by MBC and Naver.

Anyway, the premise of this drama is this: Nan-hee (Kim Seul-gi) is smart and succeeds well in everything but doesn’t believe in herself because she feels that she’s not as pretty as others. Se-Gun (Ahn Hyo-seop) is handsome and confident, but very vain and shallow; he’s on a quest to find a girl who’s his ideal type (think beautiful leggy girls with long hair) and he won’t accept anyone who’s less than perfect. One day Nan-hee receives a ring from her mother which holds a family secret: if a man will put that ring on her finger, he will see her as his ideal woman. Due to the magical ring, she gets Se-gun to see her as his ideal type, as in he literally sees her as a completely different person when under the effects of the magical ring.

Below is the Trailer for the Korean Drama Queen of the Ring.

Anyway, ignoring the fact that I think that the actress playing the role of Nan-hee is actually pretty darn cute, this drama takes me back to the time when I was still in high school and feeling insecure in myself all the time. Like the protagonist Nan-Hee, it didn’t matter so much that I’m doing alright in my studies or other areas. What mattered was whether or not I think I’m pretty, or whether that cute guy that I had a crush on thinks that I’m pretty etc. My friends would probably be surprised to hear me say that because I had always portrayed a very self-assured image externally. But beneath the calm surface of the duck swimming nonchalantly is a pair of webbed legs furiously paddling in the water just to stay afloat. In fact, it wasn’t until I entered my 30s (I’m 32 this year!) that I truly began to have a strong enough self-esteem that I could disregard the careless/mean random remarks of strangers or people who aren’t close to me.

Kim Seul-Gi is so cute!

I believe that I’m not wrong in saying that in today’s society, the importance of good looks couldn’t be overlooked. After all that is why the beauty industry is a multi-billion dollar one. The importance of good looks is especially emphasized for girls or women in general. Why do we put so much pressure on girls or women to look good? Ever notice that whenever somebody talk about a leader whether it is a political leader or a business leader, if the person is a man, there’s never any emphasis on his looks. On the contrary, if the person is a woman, it doesn’t matter what kind of achievements that person has, there’s always extra scrutiny on what that woman wears, how she looks or whether that new hair style suits her?!

Thank you for reading!

Engineering Your Beauty With Love